THE HISTORY OF SILK 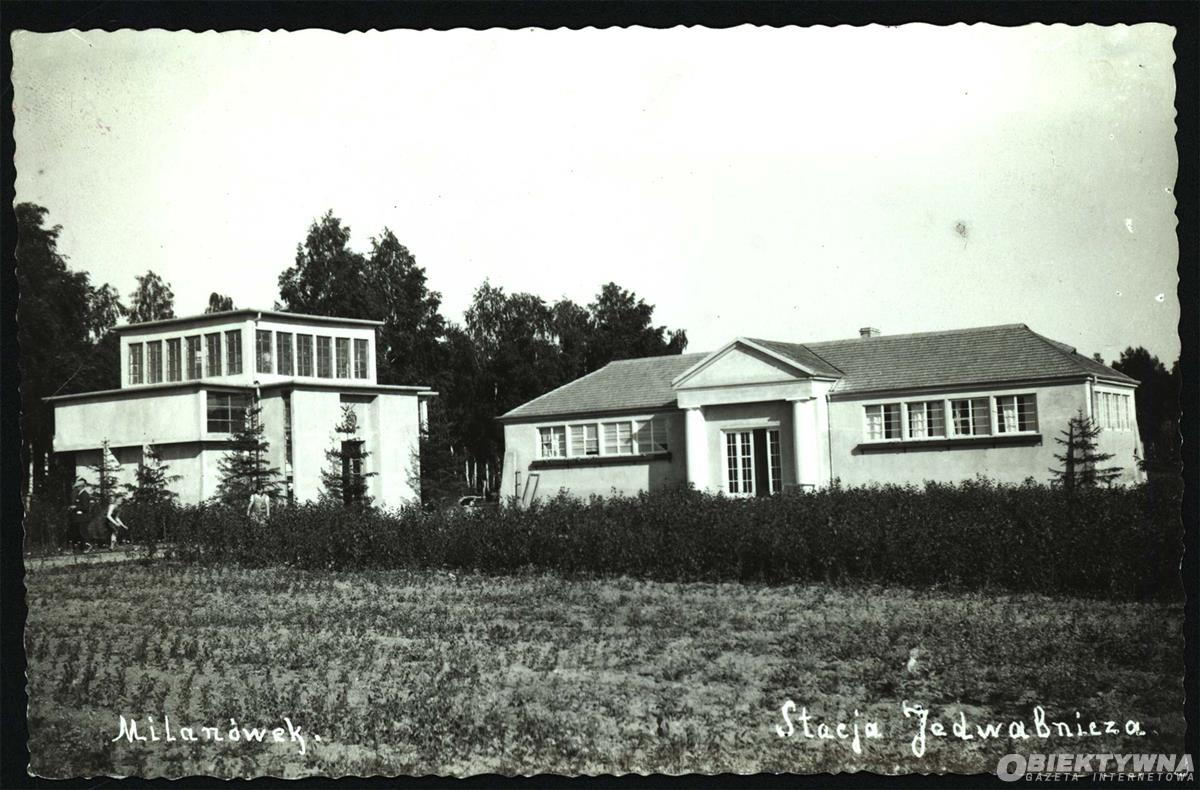 Milanówek - the capital of Polish silk

Milanówek, the capital of Polish silk, was proclaimed almost 100 years ago. It happened thanks to Henryk and Stanisława Witaczek, who in 1924 founded the Central Experimental Silk Station. From that time until the nineties of the twentieth century
in Milanówek were produced various types of silk fabrics. The company founded
by the Witaczek’s family survived the various turns of history, ultimately, after privatization, to give up the production of fabrics. This is how the chapter related to silk weaving in Milanówek ended, but the tradition of silk painting has survived and
is undergoing a renaissance.

Luma Milanówek, cultivating Milanówek’s tradition, provides you with products - scarves, shawls and shawls - hand-painted by experienced artists. The works are performed by various techniques, on different types of silk fabrics - from satin, through crepe, and after habotai. Painting each scarf or a shawl is very time-consuming. Extraordinary care when creating beautiful patterns on silk makes every copy a small masterpiece. The unique product of the company, created thanks to the extraordinary craftsmanship and exclusive silk accessories.

How is silk formed?

Caterpillars of one of the thousands of butterfly species - mulberry silkworm - feed on mulberry leaves, which is why the first stage in obtaining silk is tree breeding. Caterpillars, after a few days of receiving solid portions of mulberry leaves, they start to build a cocoon in which they will transform into a butterfly. During this time, a precious thread, about 1.5 km long, is created. Collected cocoons are subjected to the action of hot steam, under the influence of which a tightly woven thin thread is easier to grow. Then a spinning process takes place, as a result of which a silk yarn is obtained, which is a raw material for the production of fabrics.

Where did silk come from?

"Rainbow-shimmering, ethereal as a haze, sensual as the essence of desire." Silk. The most luxurious natural fiber used for the production of great fabrics,  such as: satin, twill, crepe, georgette, jacquard.

Silk has not gone out of fashion for several thousand years. Its history goes back to the fourth century BC. and ancient China. The Chinese for a long time, because for about 2000 years, diligently guarded the secret of obtaining silk threads and enriched the export of cloth to the west, so-called. a silk route, a trade route connecting China with the Middle East and Europe, which owes its name to silk.

Once the mystery ceased to be a secret, silk production began to spread in Asia and then in Europe. In Poland, it began to develop for good after regaining independence in 1918.

The history of Milanówek's silk

Witaczek's siblings had a passion for silk in their genes. Henryk was educated from mulberry and silkworm farms during his stay in Georgia. There he also began working at a silk factory managed by his father, where he worked at every stage of production, from developing silk fabrics, through weaving, to dyeing fabrics and yarns. All this to explore the secrets of silk and develop them in Poland. 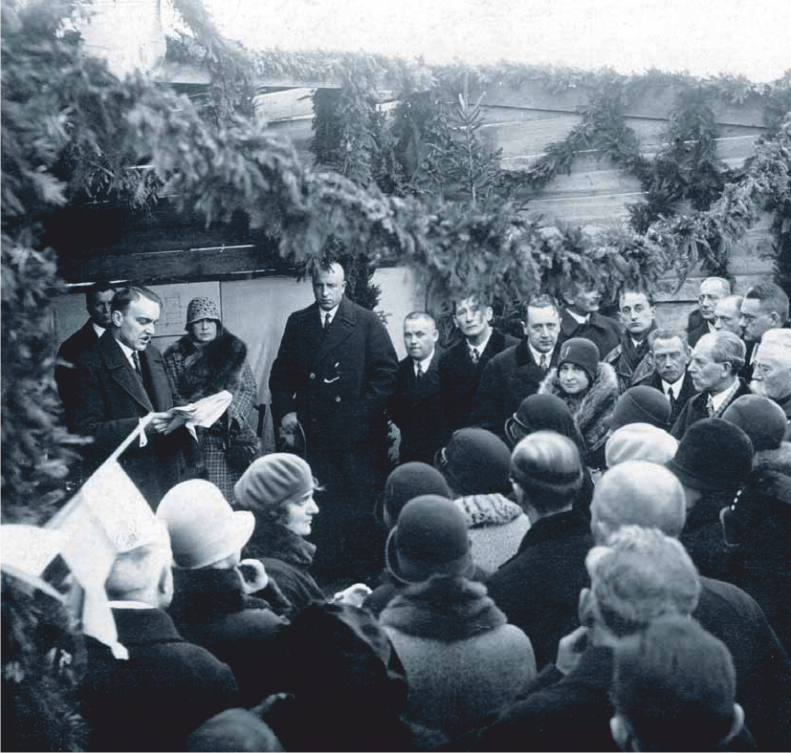 In 1924, Henryk Witaczek together with his sister Stanisława, in spite of the lack of support from the surroundings, founded in Milanówek the Central Experimental Station of Silk, a research-oriented enterprise. In the beginning, they dealt with the teaching and popularization of silkworms, planting and mulberry cultivation.

When mulberry cultivation became popular in Poland, it turned out that someone has to take care of buying and processing cocoons. CDSJ, by definition a research institution, began to deal with the next stage of silk processing. Wooden fiber processing equipment was designed by Henryk Witaczek. 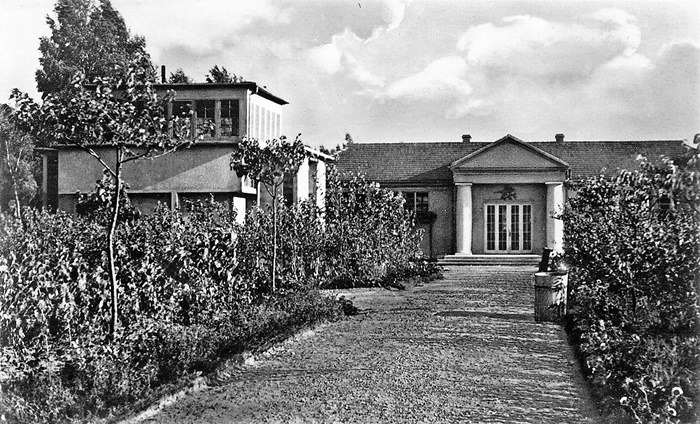 With time, the demand for silk on the market began to increase, which was conducive to the industrialization of the Witaczków plant and the increase of human resources, working on a wider and wider range of products offered. The classic silk fabrics, taffeta, greek linen, crepe were produced, dresses coupons, scarves and ties were sold, as well as fancy decorative, upholstery and flag fabrics. 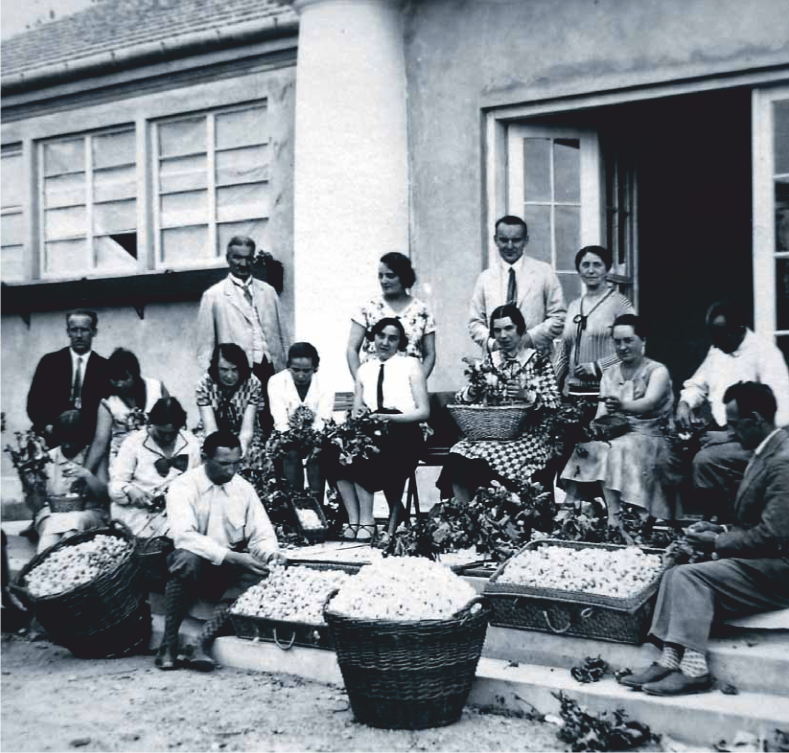 In the '30s, the company had its chain of elegant "Milanówek" stores, and Milanówek’s  silk enjoyed a high reputation. The company cooperated with the Academy of Fine Arts, which designed patterns of fabrics.

The dynamic development of the company was brutally interrupted by the outbreak of World War II. During the war, Henryk Witaczek still managed the company, but the Germans sent a supervisory commissioner, and the production was mainly focused on parachutes for the army.

The Witaczek’s family became very involved in social activities at that time. Thanks to the factory, many human lives were saved from street round-ups, offering real or fictitious employment. Also during the occupation, the first hand-painted fabrics began to be created - all in order to give employment to as many people as possible.

The Witaczek’s family received refugees from the eastern borderlands as well as from Warsaw. The orphanage of pr. Baudouin from Warsaw moved to Milanówek, and the equipment of the Infant Jesus Hospital was stored in the factory. Henryk Witaczek supported the AK's activity as well as the secret High School operating in Milanówek.

Unfortunately, after the war, the Witaczek’s family were deprived of the possessions
of their lives - the factory they founded and beautifully developed over the years. It is worth remembering their merits for Polish silk. They contributed to popularization
of this craft to a large extent - they educated, employed, developed production technology, and created fashion trends in the 1930s.

After the war, all company stores were liquidated and the company itself was renamed the State Natural Silk Plant "Milanówek". The plants continued the tradition of hand-painted and printed silk fabrics, gaining recognition in Poland and in the world. The taffeta, satin, scarves, ties and scarves produced here became a synonym of luxury in the grey reality of the People's Republic of Poland.

The tradition of silkworm breeding, which makes Milanówek unique on the national scale, began to decline in the 1980s, and the economic transformation of the 1990s led to a complete suspension of its production.

Fortunately, the tradition of silk painting is still cultivated in Milanowek. 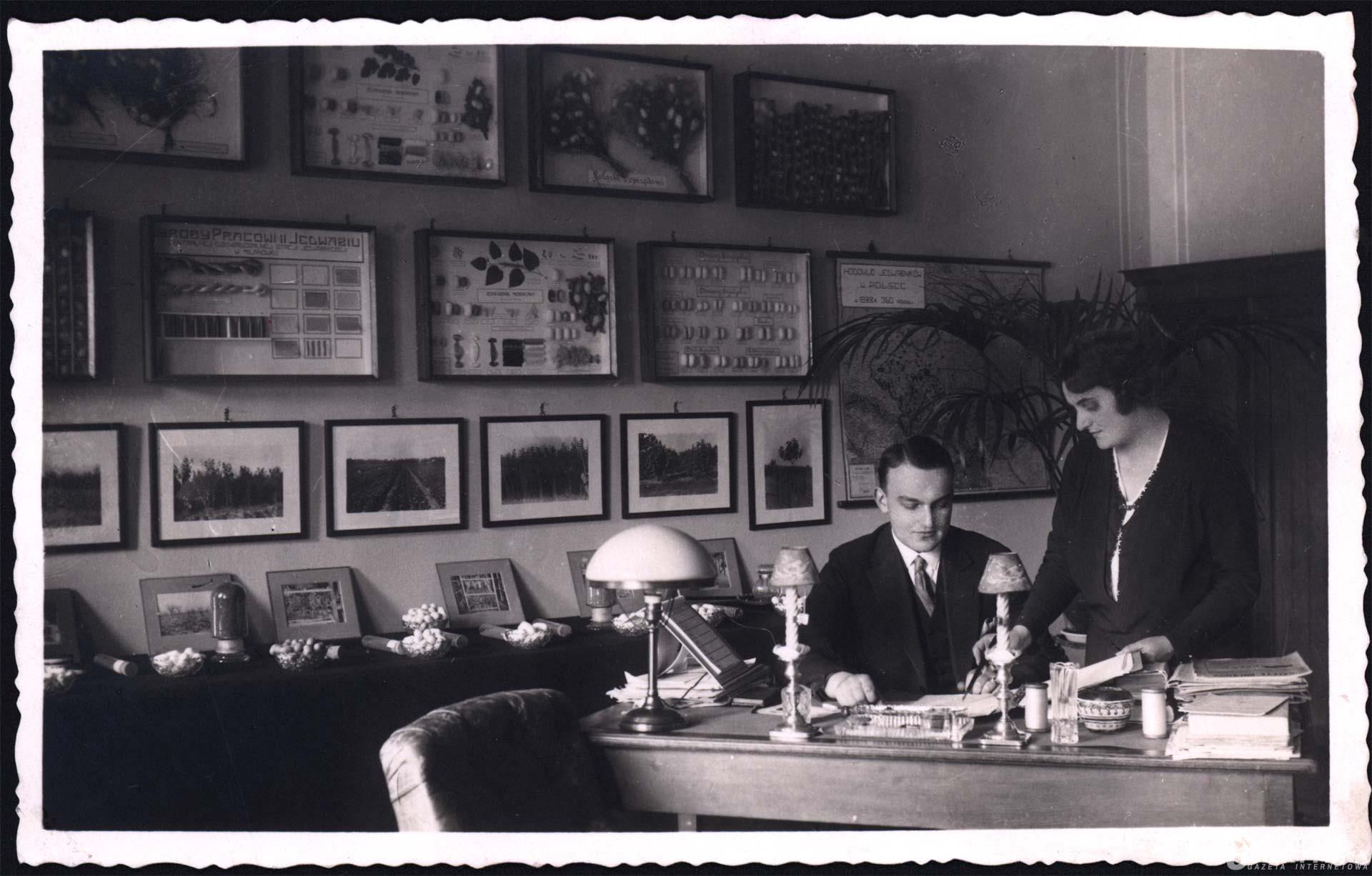 The uniqueness of the silk

Natural silk is the only fiber from which you can create different materials - an airy habotai,  a thick jacquard, and many more.

What makes a silk fabric delicate and shiny, but at the same time strong and flexible? Silk is one of the thinnest natural fibers and its construction is very specific. Fibroin, which is the basis of silk fiber, is a protein substance that exhibits remarkable strength and, at the same time, elasticity. The triangular cross-section of the fibers makes the light refracted like in a prism.

Due to the fact that the silk fabric is hygroscopic (absorbs moisture), it cools during the heat and heats in the cold.

In addition, silk does not cause allergies, and even deters lice, fleas and other parasites.

This extraordinary fabric is applicable not only in fashion, but also in surgery or in musical instruments. Once it was used in parachutes, and also adorned the walls of the royal palaces.